What is the most popular time to move to NYC and why?

Moving to NYC is a dream for many people not just in America, but around the world. However, moving to the Big Apple is not as simple as you might think. Although the core of the relocation remains the same, choosing when to move can play a vital role in your overall moving experience. Today, we discuss the most popular time to move to NYC and talk about why that specific time is popular. Hiring a professional moving company, like USA Moving Reviews, when moving, will ensure you have a positive relocation experience and grasp the process much easier.

New York is a worldwide city with a plethora of cultures in it. Furthermore, the city of New York is the most populous city in the whole of the US. In addition to that, the city is also the most densely-populated city in the country.

This cultural, financial, and media capital of the world houses 8.8 million people in the city alone. The entire metropolitan area counts more than 20 million people. Now, since you know some of the basic facts, you might be getting a bigger picture as to why you need to time your move to NYC.

NYC is usually crowded during the summer

During the summer, NYC sees the biggest influx of people. Due to the landmarks, cultural relevance, and general “celebrity status” the city has, it attracts A LOT of tourists. Of course, most of them come to the city during the summer period, when it is much warmer to enjoy everything the city has to offer. So, if you plan on moving to NYC, first you should consult the movers NYC reviews and then plan your relocation when there are fewer people in the city.

You should not move during the peak season 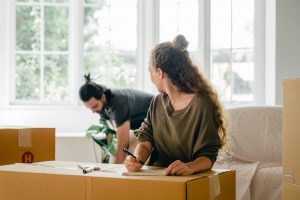 Not to mention the fact that you will most likely be stuck in traffic or in a crowd of people. Especially during the summer, when the whole city comes to life 24/7. If you are moving cross-country, make sure you plan your expenses in advance.

Just because there is a popular time to move to NYC does not mean that you should move during that period. In fact, quite the opposite. You should decide to move when there is not much going on in that field. Firstly, you will have more flexibility to change things if needed. Secondly, you will pay less. Thirdly, you will most likely not be stuck in traffic. Moving outside of the popular time to move to this city will allow you to postpone your long-distance relocation if needed and allow you to do it properly.